Watt Count. The Origin of EnergyWise. 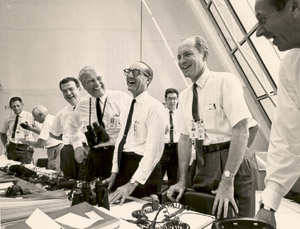 The story of Watt Count, the original technology company from which we were formed, really began in the late 1960’s and early 70’s. A group of engineers at Arnold Engineering Development Center in Tullahoma, Tennessee, had been research project managers investigating energy transfer in spacecraft. This research was related to Apollo, Skylab, surveillance satellites, and other manned and unmanned vehicles that had to operate in the extremes of outer space. 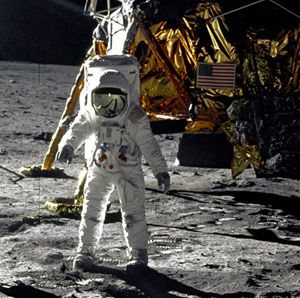 During several “coffee pot” discussions, three of these engineers, Robert Brown, Tom Moody and Robert Sutherland, realized that if spacecraft could be insulated, heated and cooled in the extreme space environment (temperatures in space near earth ranging from -450° F to +300° F) with very small amounts of energy (e.g. the Apollo Command Module could be maintained at 70° F with only 400 watts), surely a home or commercial structure could benefit from some of the spacecraft design results. For example, on a cold day in one hour, a typical 1800 square foot house may lose more than 100 times the amount of energy used in the Apollo spacecraft. That seemed inexcusable! Addressing the energy inefficiency of a structures design is why Watt Count Energy Systems was first developed. In 1981, the problem-solvers at Watt Count analyzed and engineered their first home that was later turned into a feature article in the 1981 NASA periodical called “Spin-Off.”

During this period, Richard Rue (now CEO of EnergyWise Structures) began to work with Watt Count. These formative years were the foundation of Mr. Rue’s education in ultra-energy-efficient construction. With considerable research and testing, the original computer program for EnergyWise became a functional reality. The program evolved to keep pace with HVAC and building system advances. In fact, the entire EnergyWise System is revised and updated on an on-going basis. The EnergyWise System computer program is proprietary and was co-authored by Richard L. Rue and William B. Poucher, PhD.